For a couple of weeks, I’ll be looking around not nearby in Nashville, but in England: Dartmoor National Park, mostly, plus a few other places on our way to and from. We are lucky to be here.

Look at the stunning view from our friend’s back garden: 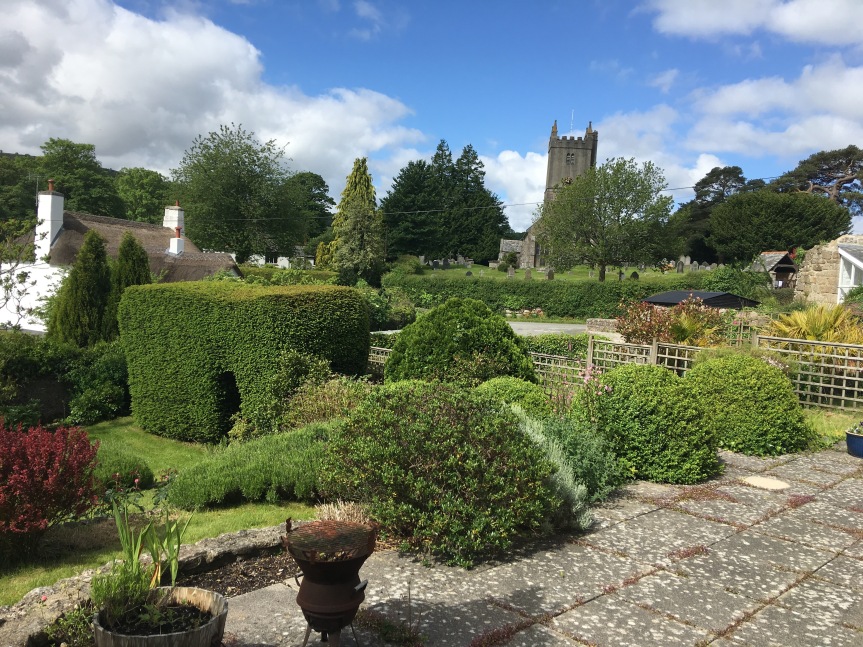 This time, I’m recording observations at iNaturalist. I am amazed how quickly most are identified or confirmed by other iNaturalists online. I want to thank each person, although the app isn’t set up for such social niceties. I find myself wishing for a clickable smiley face or little heart: emojis I tend to shun on Facebook. And most naturalists go by screen names, not real names, so I can only react in my head with responses like, thanks again, tiggrx, or so grateful for the ID, cosmiccat.

I am tickled to post the first iNaturalist observations yet recorded from our village, North Bovey.

But first, I need to share some highlights on the way to the moor:

Elderberry–Sambucus nigra, top photo–met me at the airport car park. Would love to compare it side by side with Nashville’s Sambucus canadensis. Elderberry products are popular here, made from flowers and berries: fizzy drinks, cordial, wine, jam, remedies, candy, shampoo, etc.

At Stonehenge, tourists were swatting at and running from little bumbling “bees” which turned out to be beetles. Nearly everyone wore a beetle in their hair. I overheard a crowd control worker telling one nervous mom, “They don’t look like carnivores to me. Nothing to worry about.” She was right. Garden chafers are harmless unless you are a grass root. Phyllopertha hoticola. I love the trident antennae. 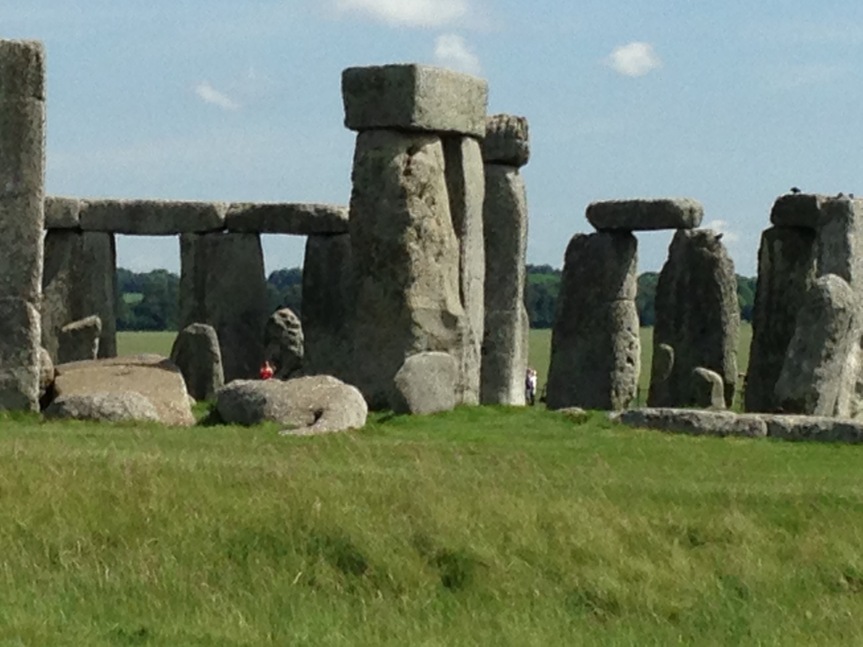 At Chesil Beach, I saw my first scarlet pimpernel (which I take as a sign I should finally read the novel):

Chesil beach is an 18 mile stretch of Dorset coast with 180 billion pebbles. It is very, very hard not to want to take them all home. The pebbles get gradually bigger the farther you go toward Portsmouth.

And at Abbotsbury swannery, in between batches of baby swans, I found what looked like a comfrey with oddly speckled petals:

I found out later the speckles were bruised holes: piercings from a nectar thief. The tubular flowers are too long and narrow for some bees to reach the nectaries, but if a bee–say, a buff-tailed bumblebee–has a sharp sheath around a short tongue, it can rip a closer route to the reward. And apparently, comfrey is often robbed. Like back home, I’ve watched bees pierce the long spurs of my wild columbine. One spring, I stood for ages in the yard, watching a yellow-jacket bite holes in redbud buds and dangle there, hands free, drinking long and lazy from one pink ballet slipper to the next.

On Charmouth beach, while my boys hunted for fossils in the rain, I found my first cuttlefish bone:

I’ve seen the bones affixed inside birdcages, and I’d just recently read about them on an Australian site about tadpole care, but I’d never actually held one. Now I understand why they are recommeded as a calcium source for small animals: cuttlebones are soft. Ever so scrapable. Nothing like the deer knucklebones I offered my own Tennessee tadpoles. Cuttlebones are light and foamy, like blown insulation, or better, like a good meringue. And the shallow, graded ovoid shape reminds me of another sweet teatime treat: madeleine cakes.

One final marvel before I talk about Dartmoor: shell nurseries.

My husband found these lovely candy-striped snail shells near a Roman aqueduct outside Dorchester. White-lipped snails, I learned, and common, and in this case abandoned in the grass by the hundreds. They were empty, or so we thought.

We kept them on the dinner table, and a couple  days later, I was surprised by tiny, winged creatures emerging slowly from the spirals. They were groggy enough to let me bring them outside for a nice long look before they flew off.

My guess is Osmia bicolor, a species of mason bee that repurposes snail shells as nurseries. Females choose a good shell, wrangle it into position (with the opening away from rain), and construct up to four inner chambers using chewed-up leaves. Each chamber receives one egg and some pollen. And then, bee moms gather teensy sticks and grasses to “thatch” the shell and camouflage it from predators (like parasites and my husband).

YouTube hosts videos of this bee in action. Google “snail mason bee,” or go to this charming post from wildlife ecologist and artist John Walters.

One thought on “Look Around (England)” 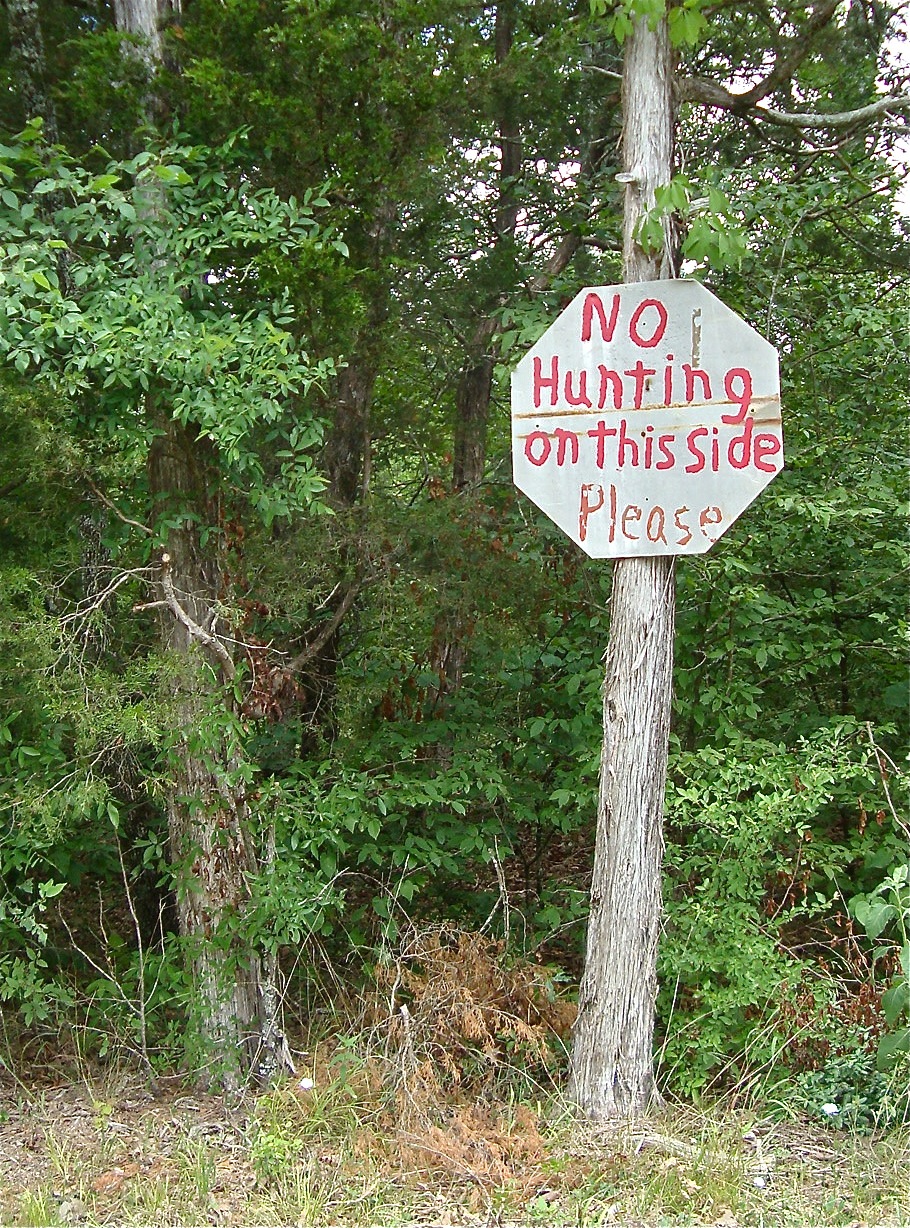