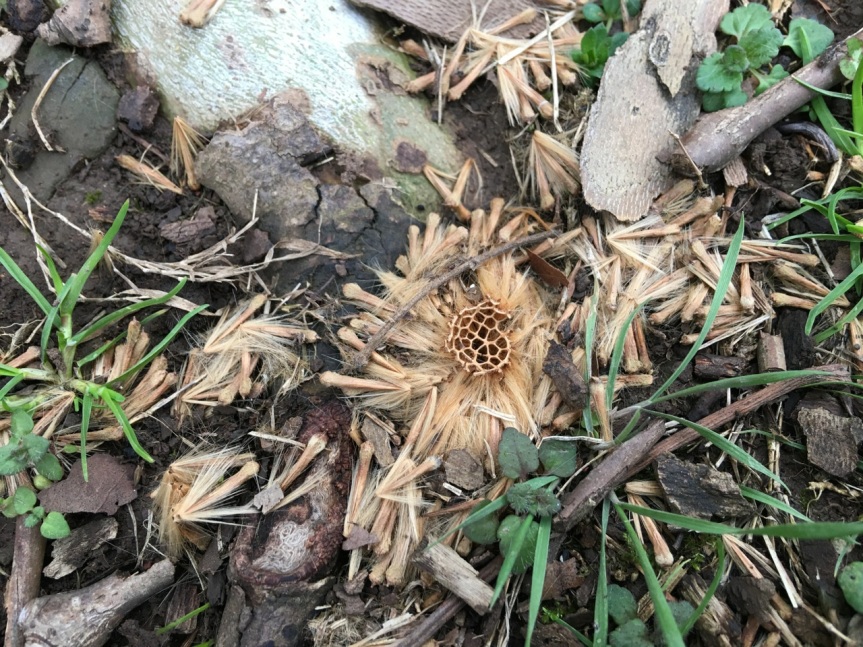 Until this year, we had never seen the stage between seedball drop and seedball snow. But thanks to our dog, who loves chasing sycamore sticks at a nearby Interstate easement, we’ve seen. The seeds release themselves from the inner core in stages. And sometimes one sheet of seeds will pull away entire, retaining the casting of the core’s knobbly texture. And sometimes sunlight will glow through the cast.

How have I missed this step before now? I’ve had daily sycamores all around: the Kroger parking lot; my morning red light at Vandy; 21st and Beechwood; and the parched row someone thought needed to march down the hellstrip on Magnolia Avenue.

Perhaps I missed it because all my usual sycamores are street trees. When fruit falls, it falls onto concrete and asphalt. But our dog’s easement trees have grass and roots and rabbit holes and unclaimed dog poop to fall on. Seeds can ease from their tight spheres at leisure, snugged against uneven soil that gets wet and dry, wet and dry. 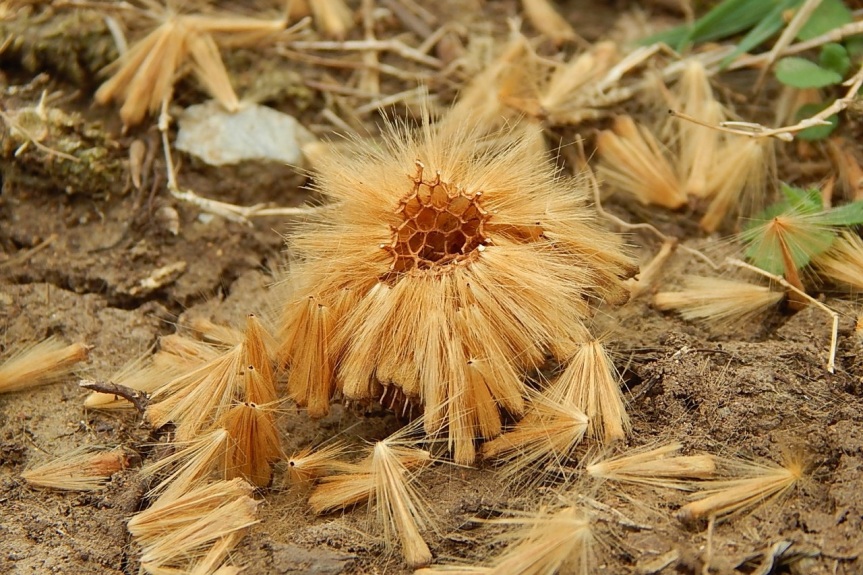 Sycamore cores are now another thing to look around for.

I also learned that we are not the only ones interested sycamore cores. Our kid happened to mention that the tough, textured little inner spheres are a popular commodity on the school playground. Thanks to a huge sycamore over the swings, there are plenty of seedballs, and thanks to hundreds of stomping, running feet, the indestructible cores are smashed free of fluff pretty quick. And, thanks to K-4 imagination, these leftovers are regarded as objects of value. But the biggest surprise to me is what the kids call them: “Indian money.”
What?
When I was a kid, “Indian money” were rocks, or if we’d known better, fossils: the tiny crinoid stems sorted from playground pea gravel. They look a bit like stone Cheerios, but with horizontal ridges. They were traded as currency when I was in Elementary school, and when our older kid was, too.
“They still are,” said my Fourth grader, “but so are the sycamore things.”

A two-currency system!
Old-school crinoids and a place-based natural object.

I asked him which was worth more: the crinoids or the cores, and he said neither. He said the point is to find them and put them in your pocket.

If crinoid cash is new to you, here’s a picture of Indian money at BackyardNature.net.

One thought on “Sycamore currency”